Beverly Lilley is a ‘blink and you’ll miss her’ character

With a brimming social calendar and a slew of daily activities, Beverly invited Home Nursing Group into her home last year – and hasn’t looked back since. 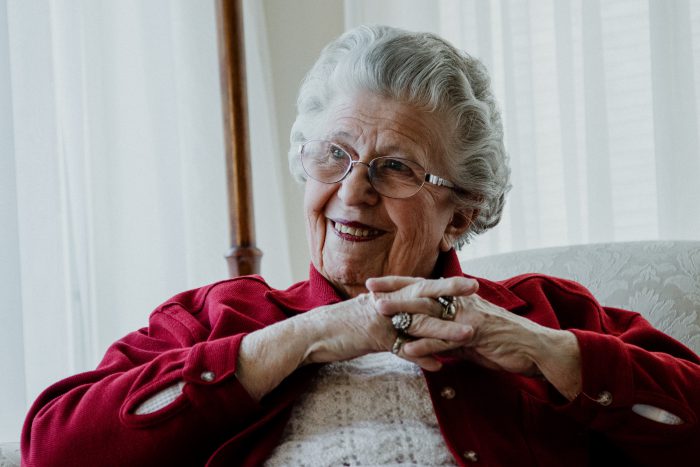 Beverly has been using Home Nursing Group’s (HNG) services on and off for years, having played her own role with the group, as a former member of HNG’s consumer advisory committee. “It was only in Armidale then, and we were a bit of a sounding board for Gorm, the company owner,” she says. “It has grown considerably of course, to Tamworth, Port Macquarie, Coffs Harbour and Taree.”

Born and bred in Sydney, Beverly has seen much of the state – living in Dubbo before buying a motel in Tumut. “We had that for five years, then sold that and bought the Marlborough Motor Inn in Cooma, which we had for five years,” she says. “Then we theoretically retired, but my husband still had the inkling that he wanted to be on the land, so he bought 600 acres on the river in Gloucester. It was absolutely beautiful country.” It was when her daughter was expecting her second child in 1993 that another tree-change was sparked. “I said to my husband, we’ve got to sell up in Gloucester and move to Armidale to be near our grandchildren.”

After enjoying life on the land just outside of Armidale, Beverly first contracted HNG’s services to help with her husband when she was his full-time carer. After a stint in hospital last year, Beverly decided it was time to get a helping pair of hands with the things she finds more difficult. “I’m riddled with arthritis, right through my back and my knees are shot completely. One of HNG’s terrific team come in to help me clean once a fortnight,” she says. “That’s the sort of work I find difficult to do. I’d have a dirty house if I didn’t have them!”  She likes the fact that HNG is locally-owned. “I always say, I like to shop local,” she says. “I think in the country, we’ve got to stick together.”

Beverly says reliability, efficiency and a courteous manner are the things she most appreciates about the assistance she receives from HNG. “When you’re on your own and don’t have a partner, it is nice to have another pair of hands to share the load,” she says.