Kath and Jack’s love story is one for the books

The Armidale couple first employed Home Nursing Group’s (HNG) Respite Services a year ago, and now receive the service five times a week to assist Jack whilst Kath continues her role in the Research Services Directorate at the University of New England (UNE). 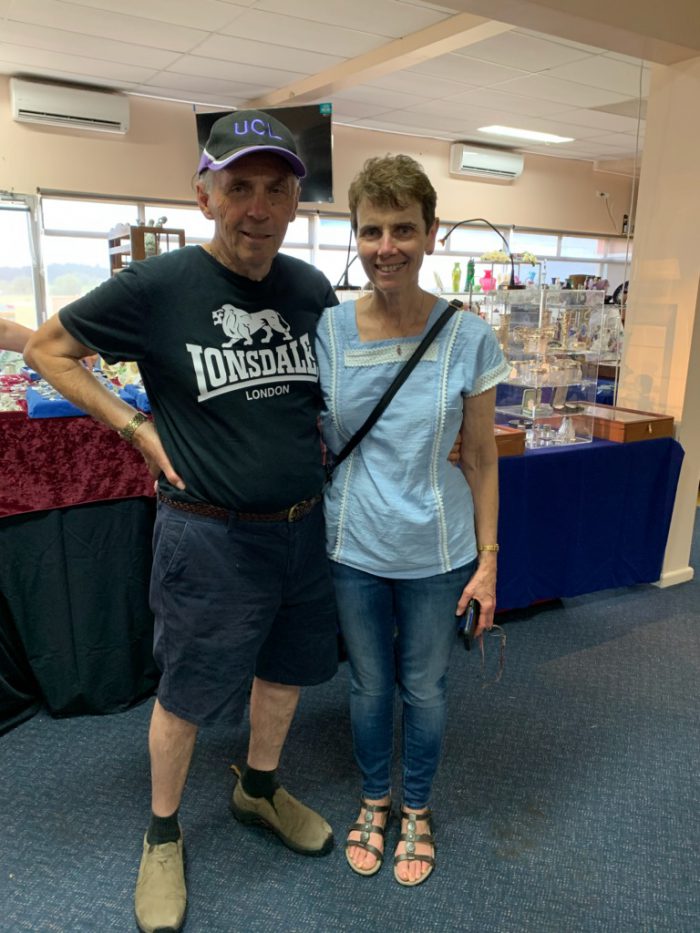 Kath Dougall and Jack Hobbs first laid eyes on each other 23-years ago; or at least, Kath laid eyes on Jack. Jack had first seen Kath three years previously, when she had been grocery shopping with her children. When Kath returned to Armidale to do her Honours and PhD in History in 1990, she says the attraction was instantaneous. “When I saw him I thought, why is everyone not staring at this wonderful man?” Kath says. “I still remember what he was wearing that day.”

With six children between them, the pair have been an active part of the Armidale community for 54 years. A retired academic, Jack was the Assistant Head of Earle Page College whilst working as a climatologist before retiring in 1998. Kath first started noticing signs of Jack’s dementia six years ago, around his 70th birthday. By the time he had turned 73, she noticed that many things had changed and pushed to get him assessed by the local family doctor. “He could no longer get the car into third gear, he stopped being able to tie his shoes laces and had trouble locking the door,” Kath says. “Things were just getting a bit harder every day.”

A scan revealed that Jack had some scarring on the brain, thought to have stemmed from a brain injury as a teenager when he was thrown from a go-cart. “He lost his sense of smell in the accident, so it must have been a pretty severe concussion,” Kath says. “But they sent him home, as they did in those days.” At this stage, Jack didn’t have a formal diagnosis of dementia or Alzheimer’s Disease, making it difficult to know which services to turn to. “It was through the support of a local doctor and support services like Cate Doyle’s dementia program and Professor Sue Kurrle that I was able to learn what help I could get and where to turn to.”

During this time, Kath built a support network and learned to come to terms with what was happening. “I had to change my role and the way I thought about it,” she continues. “If you expect them to be the person they were, then you can’t move forward to stay calm, pleasant and happy. I shifted from being a partner to a carer, safety officer and a protector all at once. It has been a real metamorphosis for me.”

Jack’s safety became Kath’s number one priority while she was at work. The Hobbs engaged HNG’s services so Jack could enjoy social interaction in a contained way. “When I know Jack is with the carers, I can relax and focus on work. I know he is safe and that we can manage his needs and the other issues that arise. The workers are fantastic with him,” Kath says. “Jack enjoys the service and he enjoys going to social support group as well. It means that he can get out for a walk or see a movie.”

It’s this support from HNG that ensures Kath and Jack can continue with their quality of life in a supported, compassionate environment. “It’s important to have people to keep him company and provide that quality of life,” Kath says. “When all of this happened, the first thing I tackled was his diet, his medicine and his health. Now, it’s about his social and emotional wellbeing. He is a wonderful man and I want to see him still get happiness out of life. HNG help both of us to achieve that and give me the assurance that there is someone there caring for him in my absence. That means so much to me.”