Jono Neufield has gone from strength to strength throughout his career – which had its beginnings with Armidale’s Home Nursing Group. Now working as an acute nurse in Sydney, Jono looks back at the organisation that opened the first door to the life he loves. 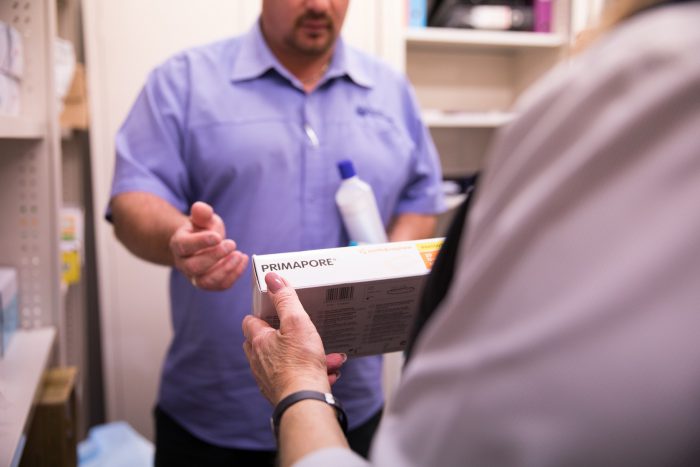 Originally from Amman, Jordan, Jono Neufield had a strong sense of social consciousness. “I grew up in the Middle East and North Africa,” he says. “There, it’s part of the culture to look after your elders in your community. I’ve had many different cultural experiences which allowed me to adapt to different clientele personalities.” Eventually Jono made his way to Australia where he studied a Bachelor of Nursing at Armidale’s University of New England. Through the grape vine he heard about Home Nursing Group and decided to apply for a part-time job whilst he was studying. “I was looking for some work that was applicable to my studies and that could help me in my future job applications in the healthcare services,” he says. “I was employed as an AIN in the Armidale region of the Northern Tablelands, working from Guyra all the way down to Uralla.”

Jono flourished in his work as an AIN, where he worked closely with his clients who then became friends. “I would mainly help a patient with their hygiene, and then sometimes I would help them with their house-cleaning, cooking or shopping,” he says. “Our society is ever growing and general life expectancy is also increasing. Working as an AIN is a very rewarding job, where you get to provide assistance to some astounding people. You get to see the best and worst in people’s condition and you get to be there for them through the good and hard times. Their perseverance and wish for independence is inspiring as well as their humility and acceptance that they cannot care after themselves as well as they did back when they were twenty.”

Now working as an acute nurse in Sydney, Jono looks back on his days with HNG as the backbone of his current career. “The community and the leadership were splendid, they took me in and helped me begin my profession as a healthcare worker. They helped me with extracurricular activities and study and also gave me opportunities to show autonomy with the clients,” he says. “HNG provides the assistance of care needed for some of the community’s more dependent members. They provide the assistance needed for said members to allow them to live more independent lives at home. This in turn lowers client risk of depression, infection and mechanical falls.”

For those thinking about a career in aged healthcare, Jono is quick with words of encouragement. “Find a mentor who will challenge you to become a better person,” he says. “Ask the managers at your workplace how they progressed in their career and what they found helpful. The healthcare service is a job in which you will constantly be learning and growing – enjoy the ride!”

Now living in Sydney’s Annandale, Jono drops into his old office every time he visits Armidale. “If it was not for HNG I would not be where I am today, I would not have gotten the job I currently have,” he says. “I thank HNG for offering me the job and being a referee for my future jobs. Through them, I’ve been able to step closer to my dream job. So, thank you HNG.”