Paul Hammond has dipped in and out of his work with aged health care and has now settled in Port Macquarie where he works for Home Nursing Group (HNG). When not giving back with his role as an Assistant in Nursing, he’s deep within his greatest passion; travelling the world. 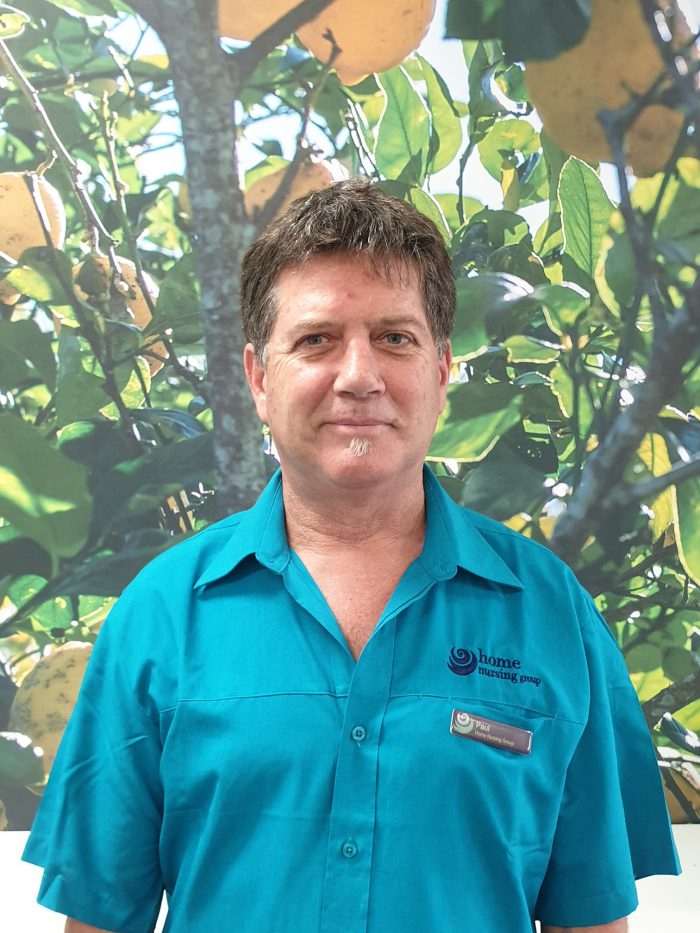 Paul’s relationship with aged health care has oscillated over the years. “I had worked in an aged care facility for six years and finished in that role in the early 2000s. At that time, I really felt many aspects of aged care could be done a lot better and I felt burnt out,” he says. “In 2012 I met a lady in my yoga class who was working in home care and after many conversations I decided to dust of my AIN certificate. I spoke with a provider and after gaining a new first aid and CPR certificate, I got my first part time role back in homecare.

Paul found that much of his prior experience came back to him quickly. Moving to Port Macquarie in 2013, he quickly found another home care position. “At the time, one job didn’t provide me with enough work and I responded to an ad in the local paper for a position with Home Nursing Group,” he says. “I continued with the two positions for quite some time but Home Nursing Group was expanding at a very rapid rate and I soon found myself working five days a week for them.”

Paul has now worked for HNG for nearly five years and finds it works for him beautifully. “I find that it can be interesting job with a lot of variety,” he says. “My typical day would consist of a few personal hygiene jobs, some cleaning jobs and my personal favourite, social support. It’s a satisfying role and I can feel like I am giving something back. I respect my clients’ right to choose the way they live their life.”

Paul says it’s imperative to understand that every client is a young person in an older person’s body. “I treat my clients the way I would like to be treated. I think about this a lot, as one day I might be one of them myself.”

If Paul was to come face to face with his young self, he would have some sound advice to give. “If I talked to my younger self, I would most likely say that to give something of yourself, can help add some meaning to your life,” he says. “I really like the line, ‘Life is not a dress rehearsal’. Certainly, my work reminds me that things can change.”

As he’s grown older, Paul has been bitten by the travel bug. Indulging in his wanderlust is the AIN’s favourite passion. His most recent trip earlier this year included adventuring to Abu Simbel in southern Egypt where he relished holding a statue of the Ankh – an Egyptian hieroglyphic symbol that represents life itself.